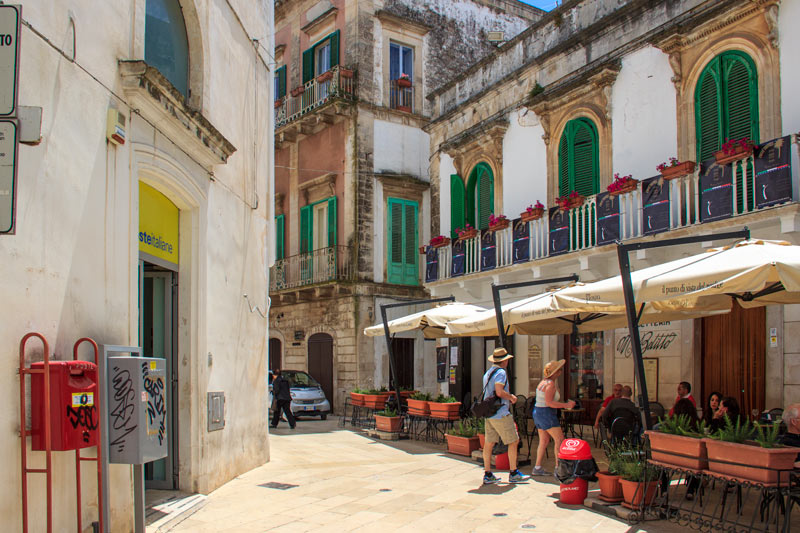 The story of the excavations starts with looting by French officers at the beginning of the nineteenth century, continuing up to the historic famine of 1846, when the inhabitants combed the area for vases, precious objects and goods to sell, desecrating the ancient tombs. Systematic excavations only began in 1912, continuing at various times during the 1940s and 1960s up to the 1980s, and still going on today.

Adjacent to the site, beyond the walls, is the “Giuseppe Andreassi” Archaeological Museum, which is outside the city walls of the ancient Gnathia, in the vast Messapian necropolis area. The extensive exhibition itinerary is an ideal journey through the 30 centuries of history of the important Bronze Age settlement, subsequently inhabited by the Messapians, becoming a Roman town and an episcopal see in late antiquity.

The Regional Natural Park of Coastal Dunes from Torre Canne to Torre San Leonardo extends over many kilometres of coastline and up to the olive plains in the territories of Ostuni and Fasano.

The departure point for excursions and guided tours is the former Fontevecchia station, now the Park House.
Along the ancient Via Traiana is the imposing Montalbano dolmen, dating from the II millennium BC. Beyond the dunes, the humid River Morelli area is characterized by pools of brackish water and boasts an organic aquaculture system.
The park has also risen to the challenge of sustainable economy – the Slow Food Foundation supports the Regina tomato grown by local families, while cultivation of the fine variety of Senatore Cappelli durum wheat has been revived at Masseria Giummetta.
Along the ancient Via Traiana, a small country lane leads to the Montalbano dolmen, in the environs of Fasano, dating from 2000 to 1500 BC. A lone survivor of the Megalithic civilization, the “Tavola dei Paladini” was probably a sacrificial altar where funeral liturgies were celebrated at its foot.

The Bosco delle Pianelle reserve extends over 1 205 hectares in the area of Martina Franca, on the border between the towns of Crispiano and Massafra.

The phenomenon of thermal inversion in this splendid forest, nestling on the slopes of the Gravina delle Pianelle gully, gives rise to a great abundance and variety of plants. Of particular interest is the Gravina del Vuolo, for its Grotta del Sergente Romano, purported hideaway of the last brigand in Apulia. Also to be noted are the numerous species of mammals such as weasels, badgers and foxes that live at one with the forest scents of arbutus, lentisks and wild orchids. One can walk or cycle for more than 15 km on the well-kept paths and even take a short break in one of the special picnic areas in the reserve. 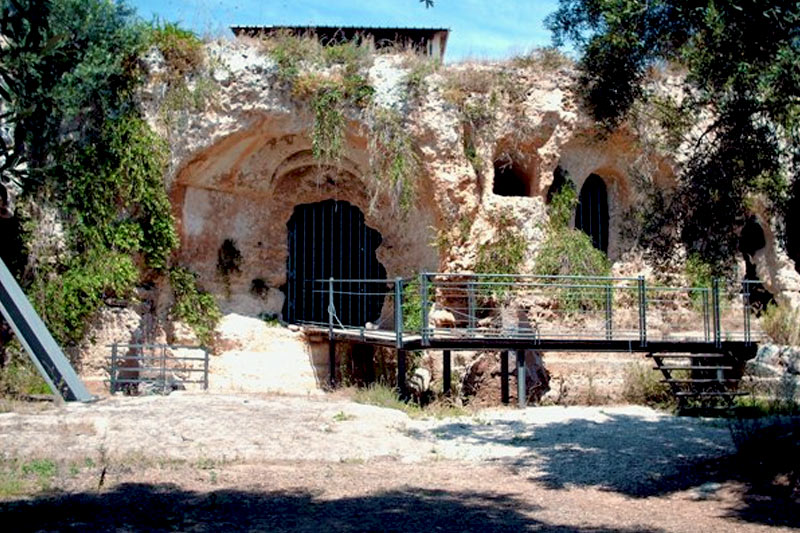 The Lama d’Antico park is home to one of the most appealing rupestrian settlements in Apulia.

Here one can explore the various structures that once must have been part of the village (X-XVI century AD): the impressive church hewn out of the rock, cave dwellings and working caves. Also within the park area are the charming small rupestrian churches of San Lorenzo and San Giovanni with their splendidly vivid decorative paintings. A backdrop to these sights is the beautiful natural landscape dotted with olive groves and immersed in Mediterranean vegetation.